This past summer BBC decided to engage the services of Bill Easum, founder and Senior Consultant of 21st Century Strategies, to help us in discerning the steps we needed to take to move BBC forward into the future. The process began months ago when our leadership filled out a questionnaire containing over 250 items. The congregation filled out a demographic survey for four consecutive Sundays, beginning September 15. The Ministry Audit was completed by the leadership and the answers were analyzed before Bill Easum, who has consulted with more than 500 churches, arrived at BBC for the weekend of November 15–17. During those three days, Bill met with various teams, key laypeople, and staff to analyze our abilities and willingness to reorganize and revision to accomplish God’s purpose for our church.

The rest of this column is excerpted from The Master Report BBC received. In it Bill wrote: “Brewster Baptist Church is one of the oldest and largest Protestant churches in the northeast. Your reputation is widespread and positive. I was thoroughly pleased Sunday morning with what I heard and saw. The quality of worship was excellent for your size church and your location. I was also impressed with the number of servants working on the morning hospitality. There was someone at the front door to greet me, two people behind the information booth, and several helping with coffee and pastries.

BBC is larger than 98.4% of all U.S. Churches. Much of Brewster has remained unchanged in a world that is exponentially changing. As a result Brewster is primarily stuck on an aging plateau that can’t sustain itself long-term. You are also aging to the point that 49% of the people in worship were born between 1925 and 1945. That means you will have to replace half of them over the next 20 years to remain the same as you are today. The priority question is, “Is Brewster willing to remain as is and hit a mesa in ten years or is it willing to reach out to the least, the last, and the lost?”

In addition you are wrestling with the 500 barrier. This is a natural church growth barrier that requires a church to do two things:

If you don’t do these two things, you will decline down to 200–300 over the next 20 years. But I do want to say that with one or two exceptions you are one of the best churches I’ve seen in the northeast. Your strengths far outweigh your weaknesses and with some fine tuning you should be able to go to the next level over the next decade. The only thing that will keep you from it is if a handful of people create major controversy over the recommendations.

The primary strength of the following recommendations will be in direct proportion to how the leadership and congregation feel toward the “yet-to-be-committed,” and how willing it is to discover new “wineskins.” The people of BBC are being asked the following: “How much do you care about God’s unchurched people?” “How much are you willing to sacrifice to reach those not yet actively participating in the Body of Christ?” No strategy can take the place of spiritual passion for the souls of human beings.

If you find yourself disagreeing with the information, before you react, ask yourself this question: “Do I not like what I am reading because it goes against my biblical foundations, or because it goes against my personal opinions or sacred cows?” Knowing the difference is the primary task of leadership in changing times. My prayers and the prayers of all God’s people are with you as you entertain the following recommendations.

You will probably be asking yourself, “How will we pay for all of this?” Well, let me ask you a question. Do you care as much about the least, the last, and the lost in your community as you do your buildings? You raised and paid for the last expansion in five years. If you can do that you can pay for the following recommendations. The recommendations are stated briefly below; you can read about them in their totality in the Master Report; call the office if you’d like us to e-mail you a copy.

You were totally out of room on Sunday at 8:30 and still a lot of cars were present at 10:30 as people enjoyed fellowshipping with one another. Because you will have a problem with overflow in parking between worship services, an additional 50-100 parking places would be important.

In the conclusion of his report Bill states:

“Any time a church attempts to do anything significant, or make the necessary adjustments in strategy to meet the demands of a new generation, it will always have a few who strongly oppose such change. To give in to these vocal few results is hurting many unseen people by not providing ways to minister to the needs of the present day. Please understand that some people will get upset with these recommendations. Do your best to bring everyone along in your planning and decision making, but do not allow such efforts to stop the momentum. The vast majority of Brewster Baptist will be ready to move positively on all of the recommendations.

Many members of BBC gave a great amount of time and energy to make this report a reality. Between 40 and 60 hours went into just collating the material used in preparing the final report, not including the time people spent answering questionnaires. Everyone cooperated extremely well. The pastor was exceptionally helpful. I want to thank each of you who filled out forms, answered questions, attended the meetings, and agreed to be part of the on-site interview process. The ball is now in your court. You must soon determine what to do with this final report. Pray for and process this report. Through it all pray earnestly, “Lord, make us part of what you are doing in your world. Put us within the flow of your Spirit. Help us to do the things that you are blessing in this present age.” May God richly bless you as you seek to find ways to faithfully serve God in the 21st century!”

On Tuesday, December 3, at 7:00 p.m., there will be a Congregational Meeting to vote to accept and act on Bill Easum’s recommendations. We won’t have all the details or numbers at that time, but we’d like the approval of the congregation to go forward in pursuing the recommendations and empowering the appropriate staff members, leaders, and teams to get to work on them. 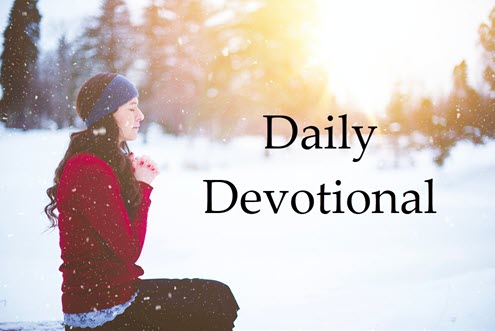